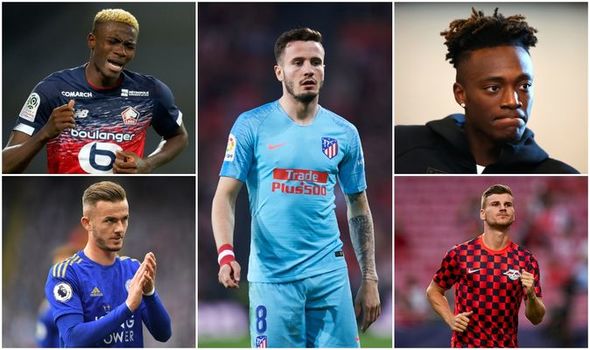 Three months and seven days after its last competitive fixture, the English Premier League will return on June 17.

And while the enforced break created serious headaches for leagues around the world, for many teams the delay had a significant silver lining as key players recovered from injury.

Here, we look at the five most important players who will return from injury when the season resumes.

This nine-match stretch to end the season could define Pogba’s second stint at Manchester United.

In one world, these are the nine matches that breathe new life into a relationship that often felt stale and disjointed but sometimes threatened to ignite. In another world, this is his last chapter in red.

Pogba has not played a match since Boxing Day due to ankle problems but should be fit for United’s first game back against Tottenham.

For the first time in a long time, he’ll be rejoining a team that feels like it is on an upward trajectory again. That is by and large thanks to the recruitment of Bruno Fernandes.

The Portuguese star has been involved in five goals (two goals, three assists) in five PL matches since joining the Manchester club. If he continues that form, Pogba will have much of the creative burden lifted off his shoulders and vice versa for Fernandes if the Frenchman finds his feet quickly.

Add in the improvement of both Fred and Scott McTominay and United’s midfield is starting to look strong again.

For the past two seasons Pogba has seemingly been on his way out of Old Trafford, with Real Madrid and Juventus circling. The coronavirus pandemic has thrown a spanner into the works for all parties and it might be in the midfielder’s best interest to make things work at United.

There are enough signs there that playing for the Red Devils next season won’t be a punishment either.

The team sits fifth right now, which will be good enough to make Europe’s biggest competition if City’s two-year ban is upheld. However, United only lead the chasing pack by two points. They need Pogba to fire.

Didier Drogba at Chelsea, Karim Benzema at Real Madrid, Zlatan Ibrahimovic at Inter Milan — Tottenham boss Jose Mourinho loves a striker who can play up top on his own with the size to hold up the ball and the skill to do much more.

In Kane, Mourinho has just that kind of player. The 26-year-old was involved in eight goals (seven goals, one assist) across his first 10 matches for Mourinho before breaking down with a ruptured hamstring.

Spurs went into the forced Premier League break having failed to win a single game across their past six matches in all competitions. Alongside Kane, they also had key man Son Heung-min battling injury.

Both will be fit when the season resumes, as will Steven Bergwijn and Moussa Sissoko.

Tottenham sit a lowly eighth on the ladder this season, plummeting towards mid-table mediocrity after a decade of steady improvement.

However, thanks to City’s potential two-year ban from European competition, the London side is still playing for Champions League football. It is hard to see them closing the seven-point gap to fourth-placed Chelsea, but just four points separates them from United who they face in their first match back this season.

A fit and firing Kane will be essential if Spurs are to win the race for fifth.

Kane will be 27 heading into next season and still has not won a major trophy despite being among Europe’s most elite strikers for the past four seasons. If Tottenham aren’t playing Champions League football next season, you could not blame him if he sought a new employer.

August 31, 2019 — That is the day Manchester City’s hopes of winning a third straight Premier League title went up in flames.

It is the day Aymeric Laporte suffered a knee injury that would require surgery and months on the sidelines.

The star centreback’s absence was immediately felt as City was stunned in its very next match by Norwich.

As the season went on it became apparent Pep Guardiola’s team was going to struggle to keep up with Liverpool without the 26-year-old. His absence was made worse by the fact City had opted not to replace Vincent Kompany in the squad after his off-season departure.

City’s dependence on Laporte is painted pretty clearly by the fact all seven of its PL defeats this season have come with him on the sidelines. The first five were while he was recovering from knee surgery and the two most recent — 2-nil defeats to Manchester United and Tottenham — as he battled a hamstring injury.

The league’s second best defender, after Virgil Van Dijk, will be back for City’s final 10 rounds of the season.

He would have to be a genuine miracle worker to help them overcome the 25-point gap to table-toppers Liverpool. But if Laporte helps City rediscover the incredible consistency of the two previous seasons he could springboard them to a title campaign in 2020-21.

Given how late this season is ending, the gap between the two campaigns is going to be much smaller than usual and momentum between seasons could be a very real thing.

Pogba and Kane could shape the race for Champions League football, and Laporte could determine where this City team is headed, but John McGinn’s return could be the most important of any player.

Aston Villa struggled both with and without the Scottish midfielder before the season came to a halt but there is no doubt the side is better with him in it.

McGinn was crucial to securing Villa’s return to the Premier League, scoring six and setting up 10 in the 2018-19 Championship before netting in the play-off final over Derby.

Cruelly, he has only played 18 matches in the PL this season thanks to an ankle injury.

Luckily for the Birmingham side, McGinn will be fit to return to action when the season resumes.

The midfielder is second only to captain Jack Grealish in importance to Villa, and the relegation battlers need both of them firing if they are to avoid the drop.

Aston Villa sits second last on the ladder but only two points separate them from 16th placed West Ham.

Locked in the relegation battle with Aston Villa is Bournemouth and the Cherries have a star of their own returning.

David Brooks was a revelation for Bournemouth in 2018-19, scoring seven goals and setting up five across 30 matches to help the side finish well safe of the drop.

That might not sound like the hugest campaign, but it meant he played a hand in roughly 20 per cent of the 56 goals the team scored for the season.

Brooks has not played a match this campaign and they have missed his creativity. With nine matches to go, Bournemouth has only scored 29 goals this season which is the fourth lowest tally in the division.

The 22-year-old is expected to return to action when the season resumes and Bournemouth need him to fire. Just two points separates 15th and 18th right now, so the diminutive attacker could have a huge say in what happens from here.

Manchester United are leading the race for Germany’s next big thing — Kai Havertz.

The Red Devils think Bayer Leverkusen’s talented forward Havertz, 21 next week, is exactly the kind of young all-round player they want for the future.

Manager Ole Gunnar Solskjaer is already working on a swoop for England attacker Jadon Sancho, who bagged his first ever hat-trick as he returned to Borussia Dortmund’s starting line-up in a 6-1 Bundesliga rout of Paderborn.

But now it could be a double raid on the Bundesliga.

United want to proceed in the summer as they know Havertz’s value will only increase.

They are expected to start with a £50million (A$92.3 million) offer but may need to go further to get their man.

Havertz has caught the eye with his goals for Leverkusen this season — he has 15 strikes in all competitions.

But United believe he can play wide in a front three as well as through the middle.

United see former Manchester City youth player Sancho, 20, playing down the right, so Havertz would probably be on the left — with Marcus Rashford through the middle.

A twin swoop for the Bundesliga’s brightest stars would not come cheap, though.

Sancho on his own is going to set the Old Trafford club back £100m-plus.

Solskjaer knows United have been short in attack. It was the reason the Norwegian brought in Odion Ighalo.

But the Nigeria star’s loan officially expired on Sunday night after NO agreement was reached for an extension with his parent club Shanghai Shenhua.

United had doubts over the cost of the deal for the 30-year-old striker.

This appeared in The Sun and was republished with permission.

‘PAY UP FOR WERNER OR MOVE ON’

Liverpool lead a host of European clubs that have expressed an interest in the striker, who has scored 24 Bundesliga goals this season.

Mintzlaff told Sport Bild: “It won’t get any cheaper. We will not sell a player below value if he is under contract for more than a year.

“In general, we always have to ask the following question – can we replace a player if we sell him for less than his market value?

“But, I only think about those things once I have the facts on the table.”

Ousmane Dembele is Liverpool’s top back-up option if they miss out on Timo Werner, according to Mundo Deportivo.

The Spanish publication claim Werner remains top of Jurgen Klopp’s summer wishlist, but he is a long-term admirer of Dembele.

The winger’s future at te Nou Camp has been weakened by continued speculation that Neymar will return from Paris Saint-Germain.

Dembele, 23, has struggled to match his Borussia Dortmund form since moving to the La Liga giants in August 2017.

Arsenal defender David Luiz has confirmed he has held talks with Benfica president LuIs Filipe Vieira over a “dream” return to the club.

It was widely reported Luiz arrived in north London on a two-year deal, but Sky Sports News reported last week that the agreement was only for an initial 12-month stay.

Speaking to Portuguese outlet Record, Luiz said: “I already spoke with Vieira about the return… My dream is to end my career at Benfica. When, I don’t know, but it will happen… it will, if President Vieira allows me and if the fans want me to come back. It will be one of the most beautiful moments of my career.”

Inter Milan have expressed their intention to keep hold of on-loan Manchester United forward Alexis Sanchez until the end of the season – beyond June 30.

The Chilean joined Inter on loan last summer in a bid to rejuvenate his career, but he has struggled at the Nerazzurri, scoring one goal and providing three assists in 15 games.

Inter’s sporting director Piero Ausilio told Sky Sports Italia: “We want to keep everyone, including Alexis Sanchez. We are counting on him in the coming months.

“He was out injured for quite a while, but he did well before that in matches against Barcelona and Sampdoria. I saw the Sanchez from his best campaigns in Udine and Arsenal.

“He didn’t have a lot of time, but he now has the chance to show his value and then we will make a decision on him.” 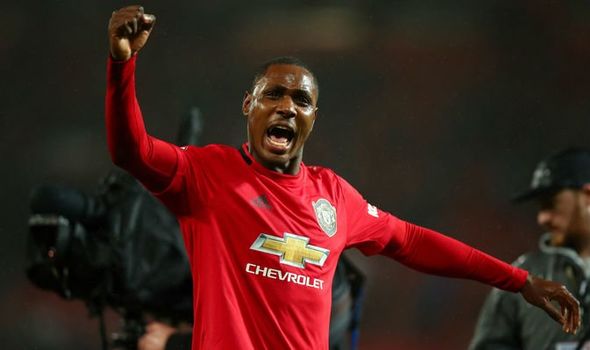 Odion Ighalo is set to stay at Manchester United after a new loan deal was agreed with Shanghai Shenhua.

NBA awards predictions – Who will and should win this season?

JR Smith beats up man who allegedly damaged his truck