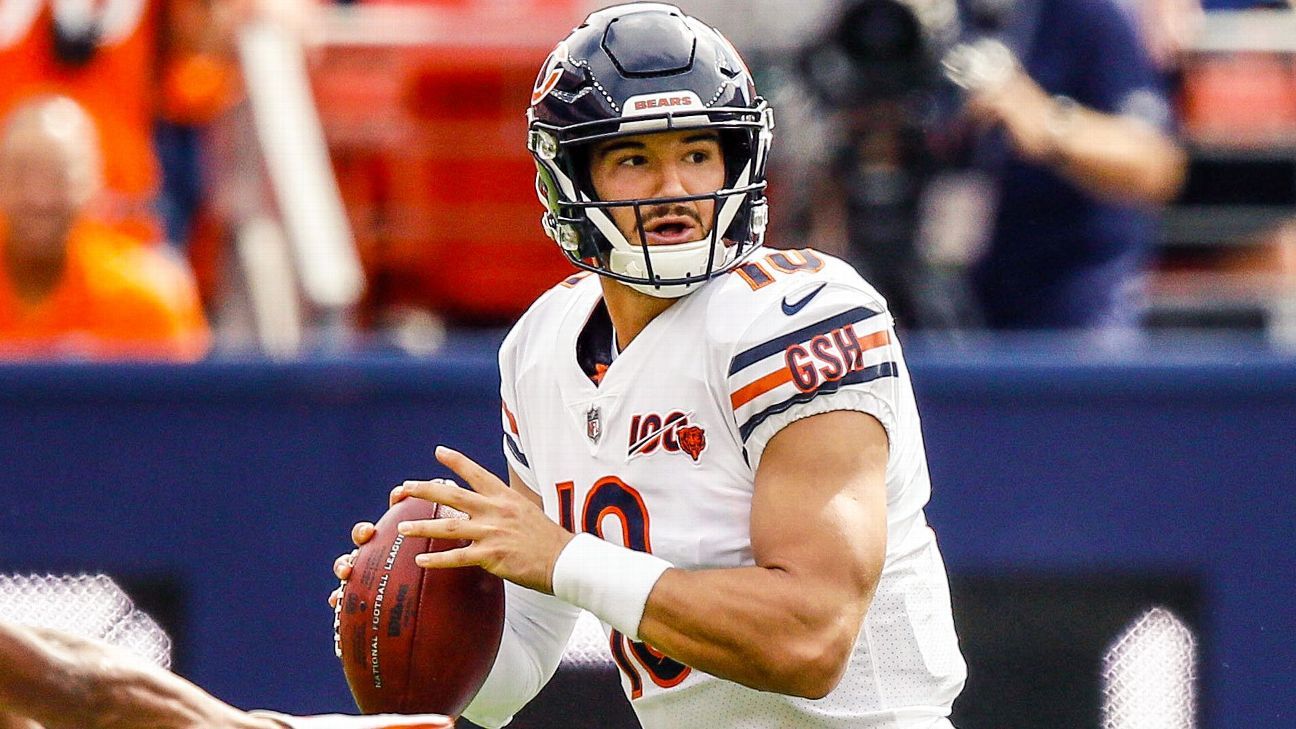 LAKE FOREST, Ill. — Chicago Bears coach Matt Nagy is “cautiously optimistic” that quarterback Mitchell Trubisky will be medically cleared to return from a non-throwing shoulder injury and start on Sunday versus the New Orleans Saints.

“I always say ‘cautiously optimistic’… I feel good about [where we are with Trubisky],” Nagy said Wednesday. “But we’re preparing with both [quarterbacks right now].”

Trubisky, who practiced on Wednesday, reported that he’s close to full strength but said he needs to wear a harness on his left shoulder in order to play.

“I think I’ve just got to show the training staff and the coaches that my shoulder and everything is strong enough to be able to put me out there, to withstand hits, to be able to do my job to 100 percent. I need to show them throughout practice this week that I’m good to go and I feel comfortable about where I’m at. We’ve done a good job with this rehab plan of getting on the same page and just communicating, and hopefully once I show everyone that I’m good to go in practice this week, they’ll let me roll and not look back.”

Trubisky suffered a dislocated left shoulder and slight labrum tear in the first quarter of Chicago’s victory over the Vikings on Sept. 29. Team doctors determined that Trubisky would not need to undergo surgery, but backup quarterback Chase Daniel started the next week against the Raiders in London.

“It was definitely painful,” Trubisky said of the injury. “I definitely wasn’t thinking ‘Is my season over?’ or anything bad like that, I was more thinking, ‘Can I go back in and finish the game?’ Unfortunately, I couldn’t.

“It’s different because it’s not my throwing shoulder, and that’s why I thought I might be able to go back in. I thought, oh, it’s just my left arm, maybe I could just catch a snap and be able to do all the handoffs and stuff and be able to throw, but I really couldn’t move it. So if what happened to this left shoulder would happen to my right, we might be in a different situation, but it feels pretty good right now. I’m pleased about the progress we’ve made, a lot of credit to the training staff in just getting that recovery, and thank goodness it recovered quickly.”

Trubisky finished last season with respectable numbers in Nagy’s system, passing for 3,223 yards and 24 touchdowns with 12 interceptions (95.4 quarterback rating) as Chicago went 12-4 and won its first NFC North title since 2010.

But Trubisky has mostly struggled thus far in 2019.

The former second overall pick had subpar outings versus Green Bay and Denver to open the year. He bounced back with a three-touchdown performance in Washington in Week 3 but has passed for just 588 yards, three touchdowns and two interceptions. Chicago’s offense ranks near the bottom of the league in virtually every important offensive statistical category.

Trubisky rushed for a combined 669 yards and five touchdowns over his first two seasons in the league, but he has run only five times for 21 yards in 2019.

“The main thing we’ve got to do is definitely show consistency,” Trubisky said. “But we had some plays where we had some big-play potential. Or we had some drives that we had some good plays. And then we kind of sputtered out and didn’t finish the drives.

“Hopefully, we’ll have some things that open up. We look at what we did the first couple of games with some of the concepts, the runs and what everyone’s comfortable with and get those going. Get on the same page and make sure that we’re just executing. We’ve got enough talent to make it happen. We just got to believe in it.” 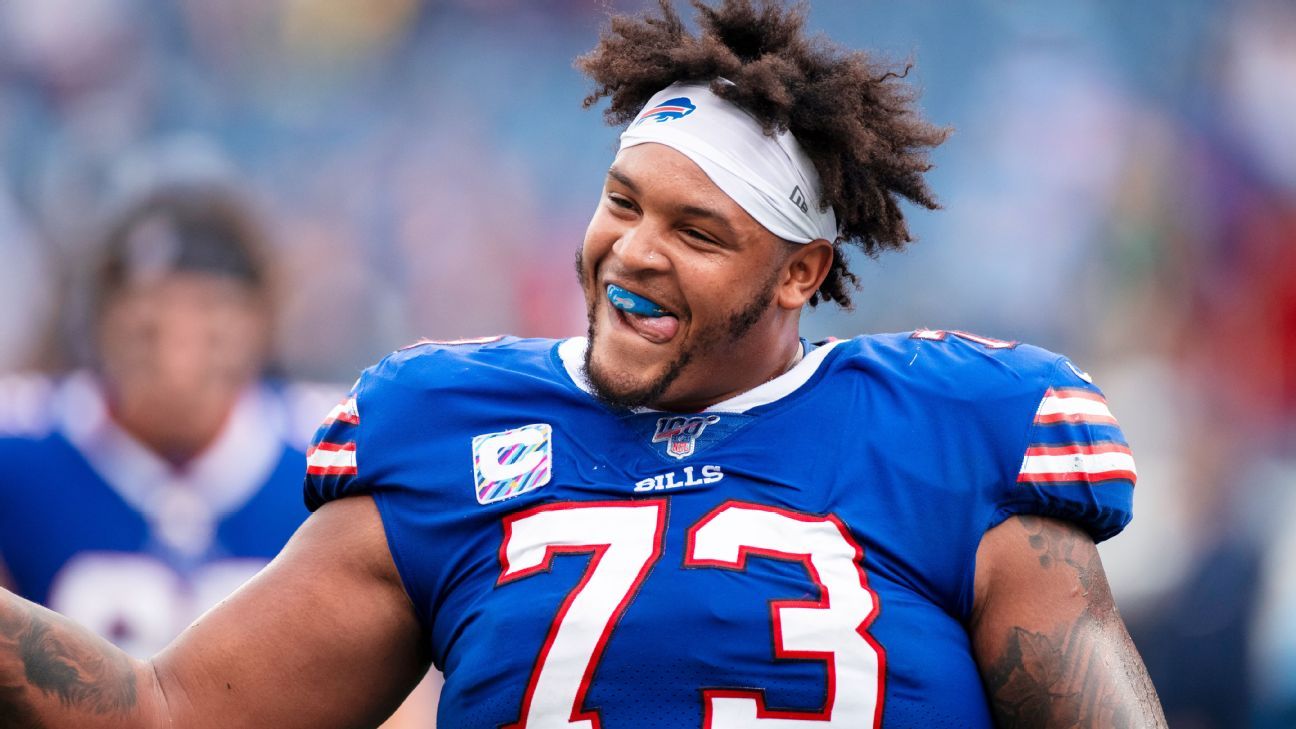 Buffalo Bills left tackle Dion Dawkins has agreed to a four-year contract extension through the 2024 season, the team announced Thursday.

Dawkins, who was entering the final year of his rookie contract, has been a mainstay at left tackle since he was picked in the second round of the 2017 draft. He hadn’t been shy about his desire to stay in Buffalo.

“My main priority is to get better, and I know if I continue to grow and learn and get better, then all of the chips will eventually fall,” Dawkins told ESPN in March. “As far as a new contract, I’m not worried about it. Whatever is supposed to happen is going to happen.

“I’m trying to be in Buffalo forever, so I’ve just got to do my part, and when the time comes, I’ll be happy to sign on that dotted line.”

Dawkins has started 43 games over the past three seasons and was a team captain in 2019, contributing as much to the team’s culture as he has to its offensive line. He is the first player from the 2017 draft class — the team’s first under coach Sean McDermott — to receive a contract extension.

Not only is Dawkins a valuable asset protecting third-year quarterback Josh Allen‘s blind side, but he is also a threat as a receiver. He has recorded a receiving touchdown in each of the past two seasons, tying for the sixth most by an offensive lineman since 1970.

With this extension, Dawkins will overtake Arizona’s D.J. Humphries as the NFL’s fifth-highest-paid left tackle.

Dawkins, 26, had a down year in 2018 before bouncing back as one of the Bills’ best players in 2019. His captaincy was a reflection of his self-realization over the offseason.

“At some point, it really all just clicked. I gained a deeper understanding of the game of football, the role I had to play and the way I had to play it,” Dawkins said. “So many people look up to football players, and for the people who look up to me, I want to give them the best example of a full athlete that I can possibly give.

“It’s OK to be the glue and the bridge to make people smile and to keep the energy during the down days as much as the good days.” 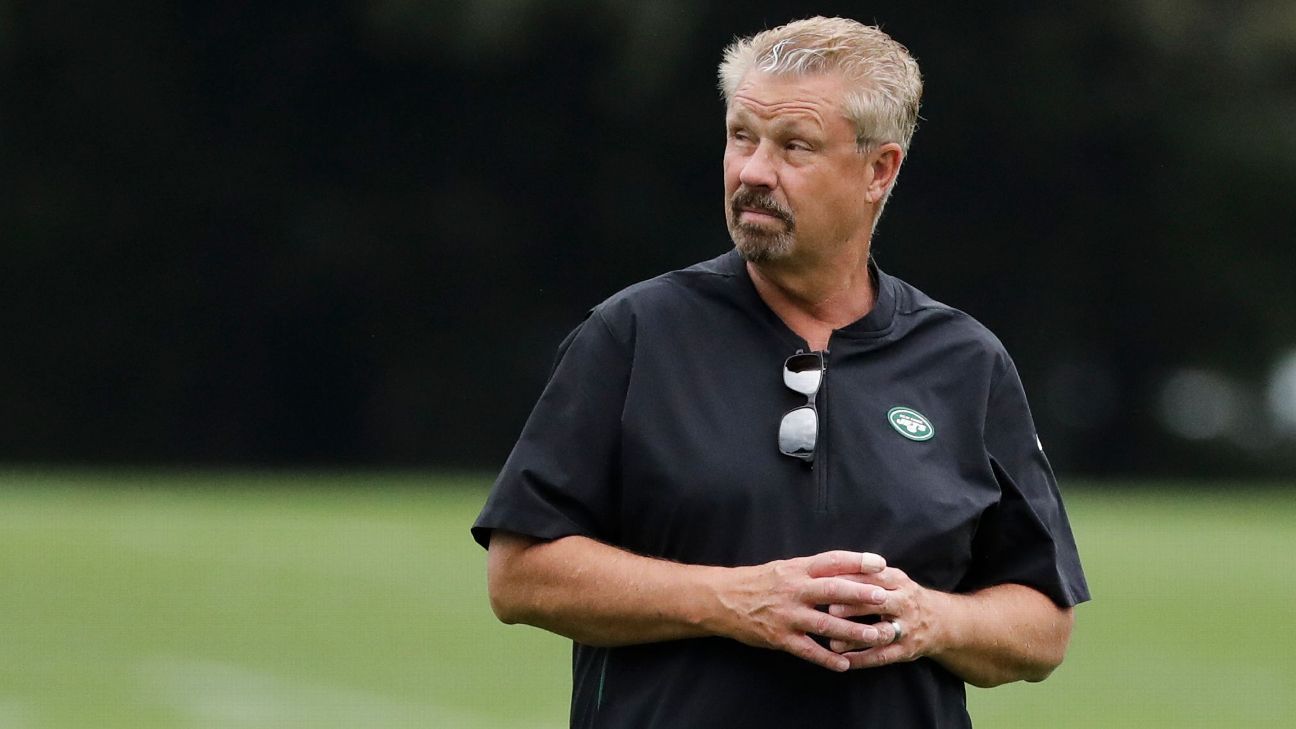 The Week 14 matchup between the New York Jets and Seattle Seahawks will have plenty of juice because of the Jamal Adams storyline. On Thursday, Jets defensive coordinator Gregg Williams may have provided a little extra.

Commenting for the first time on last month’s blockbuster trade that sent the star safety to Seattle, Williams poked the Seahawks’ defensive scheme.

Asked if Adams’ departure will change the way he deploys his safeties, Williams responded, “It really doesn’t. We’re very multiple with how we do those things anyway.”

Then Williams added, “Jamal may get bored there because they don’t use their safety-type things with all the complexities … uh, maybe not showing what they’re doing as much as we do.”

It was a reference to the Seahawks’ hallmark Cover 3 scheme, which is considered vanilla compared to Williams’ ever-changing fronts and disguises.

Of course, the Cover 3 has worked brilliantly for the Seahawks, a top-10 defensive team in every season from 2011 to 2016. That period included one Super Bowl championship and the “Legion of Boom” era, which produced star safeties Earl Thomas and Kam Chancellor.

Williams was complimentary of Adams, who enjoyed an All-Pro season in 2019 that included 6.5 sacks. He was a big reason why the Jets, despite many injuries, finished seventh in total defense.

At the same time, Williams suggested his system contributed to Adams’ success, adding how that same system can withstand his departure.

“We’ll still do a lot of the same exact things, but we’ll highlight the people we have here,” Williams said. “As you saw what we did [last year], he had maybe his most productive year here because of how we highlighted the skill set he has.

Adams will be replaced at strong safety by Bradley McDougald, whom the Jets acquired in the trade along with 2021 and 2022 first-round picks. McDougald will be paired with free safety Marcus Maye, with rookie Ashtyn Davis possibly contributing in a specialty role. 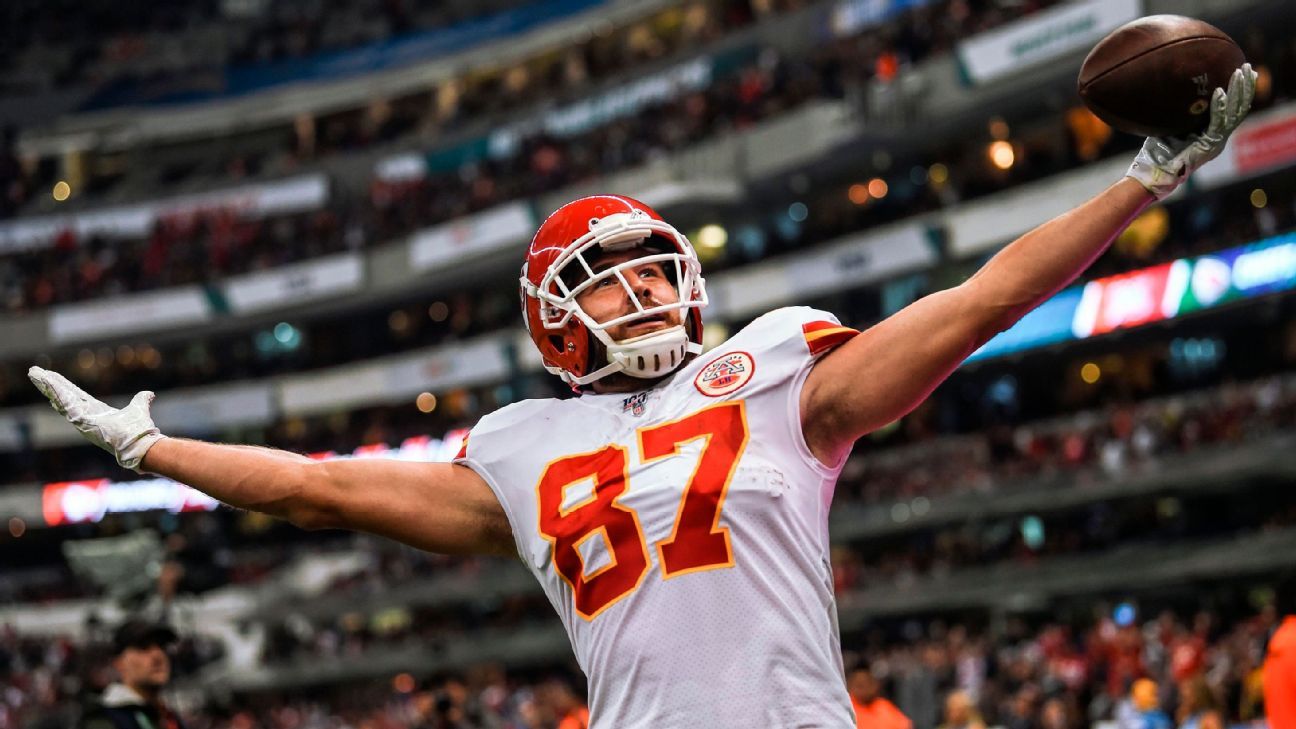 Travis Kelce and the Chiefs have agreed to parameters on a four-year extension that would tie the tight end to Kansas City through 2025, sources told ESPN’s Jeremy Fowler on Thursday.

Kelce had two years remaining on the five-year, $46 million deal that he signed with the Chiefs in January 2016.

The 30-year-old Kelce led all tight ends in receptions (97) and receiving yards (1,229) last season while posting five touchdowns for the Super Bowl-winning Chiefs. He became the only tight end in NFL history to post four straight seasons with at least 1,000 receiving yards, according to ESPN Stats & Information.

Kelce’s agreement toward a new deal comes on the same day that the San Francisco 49ers and star tight end George Kittle agreed to a five-year, $75 million extension, sources confirmed to ESPN.

It would also be another big contract from the Chiefs, who already signed quarterback Patrick Mahomes and defensive tackle Chris Jones to long-term extensions this offseason.

NBA day games are a big hit with bettors

2020 IPL will be ‘more secure’ from corruption due to bubble

Hafeez back with Pakistan squad after negative Covid-19 test