TAMPA, Fla. — Rookie quarterback Daniel Jones had an impressive first start in place of Eli Manning, rallying the New York Giants from an 18-point first-half deficit to a 32-31 victory over the Tampa Bay Buccaneers on Sunday.

Jones accounted for four touchdowns, including a seven-yard run on fourth down that put the Giants ahead for the first time with 1:16 remaining in the game.

“We had a chance there at the end of the game. That’s all you can ask for,” said Jones about the eight-play, 75-yard game-winning drive. New York’s previous four possessions resulted in three punts and a turnover. “We kinda struggled to move the ball there at points and — just a great job, great job moving the ball down the field as a team. We got some guys open, and they made plays. So great job, loved the fight and loved the grit of this win.”

Jones finished 23-of-36 for 336 yards with two passing and two rushing touchdowns, flashing the poise and playmaking ability that made the Giants fall in love enough to make him the No. 6 overall pick in this year’s draft.

Giants co-owner Steve Tisch told ESPN this was the beginning of a “new chapter.” He was immensely impressed by the poise and composure of his 22-year-old quarterback. So too were his teammates. They raved about Jones afterward for the way he handled the huddle and seemed to fit in seamlessly in his first NFL start. There was even a moment in the second quarter with the Giants trailing 12-3 where Jones — who rarely curses — stepped into the huddle and yelled, “Let’s f—— score!” according to wide receiver Russell Shepard.

Moments later, Jones kept the ball on a zone-read play for the go-ahead score.

The Giants (1-2) topped 17 points for the first time this season against a Todd Bowles-led defense that had looked solid the first two weeks. They escaped with the victory after Tampa Bay missed a 34-yard field goal attempt as time expired.

It was the Giants’ first victory first victory when trailing by 18+ points at the half since 1949, according to Elias. They had lost 55 straight. Jones also became the second player since the 1970 merger to record two rushing TDs and two passing TDs in his first NFL start. The other was Detroit’s Eric Hipple in 1981.

Manning had been the team’s full-time starter for all but one game since 2004, but coach Pat Shurmur made the switch after last week’s loss to the Buffalo Bills, saying that Jones was the better option for the Giants. The rookie proved Shurmur correct, at least in his first career start.

Jones led the Giants on four touchdown drives and flashed playmaking ability throughout. He ran for a touchdown in the first and second halves and used his legs on numerous occasions to create positive gains on plays that would have otherwise been dead.

“You can start to see — and as you get to appreciate him as a player — there’s plenty of things he needs to do better. But as you get to — there’s certain things that I knew about this kid when we drafted him: He was tough, he was competitive, and in my opinion he’s a winner,” Shurmur said. “Now, the rest of it is just pure quarterback stuff. And because of those first three things, that’s why he’s gonna have a chance moving forward.”

Jones rallied the Giants from a 28-10 halftime deficit. He hit tight end Evan Engram in stride running across the field for a 75-yard touchdown on the opening possession of the second half. He made a brilliant throw across his body deep downfield to fellow rookie Darius Slayton after shuffling around the pocket later in the third quarter. Later in that same drive, Jones dropped a perfectly placed ball into the arms of Sterling Shepard in the corner of the end zone for a touchdown, cutting the lead to 28-25.

Daniel Jones recaps his first NFL win with Sal Paolantonio, which was achieved with a go-ahead TD run in the final minute and the Bucs missing a field goal at the buzzer.

What Jones showed on the field in his first career start was much the same as what the team has seen ever since he stepped into the building earlier this year. He checked all the boxes this spring and summer, and completed better than 85 percent of his passes during the preseason.

The lone knock was ball security. After three fumbles in the preseason, Jones lost a fumble on one of his four snaps late in the season-opening loss to the Dallas Cowboys. He also lost a pair of fumbles on Sunday when he was sacked in the third and fourth quarters against the Bucs.

But the positives significantly outweighed the negatives in this outing. Jones displayed impressive composure and poise not usually seen from rookie quarterbacks. It looked like he belonged right from the start when he completed five of his first six passes in the first quarter.

Jones’ first career touchdown came on a 7-yard scamper early in the second quarter. It was a zone-read on which he kept the ball and outraced the nearest defender to the pylon. Bucs coach Bruce Arians noted in the week leading up to the game that the biggest difference between Manning and Jones was the youngster’s mobility.

Jones finished with 28 yards on four rushes, but it was his ability to escape pressure on multiple plays that proved invaluable. As one coach told ESPN recently about Manning, when a play with him at the helm was off schedule, it “was over.”

That clearly was not the case with Jones, as the Giants’ offense scored more points Sunday than it had in the first two games combined. Not that the unassuming Jones was ready to proclaim his greatness after one start. He was asked after the game to give a postgame speech. 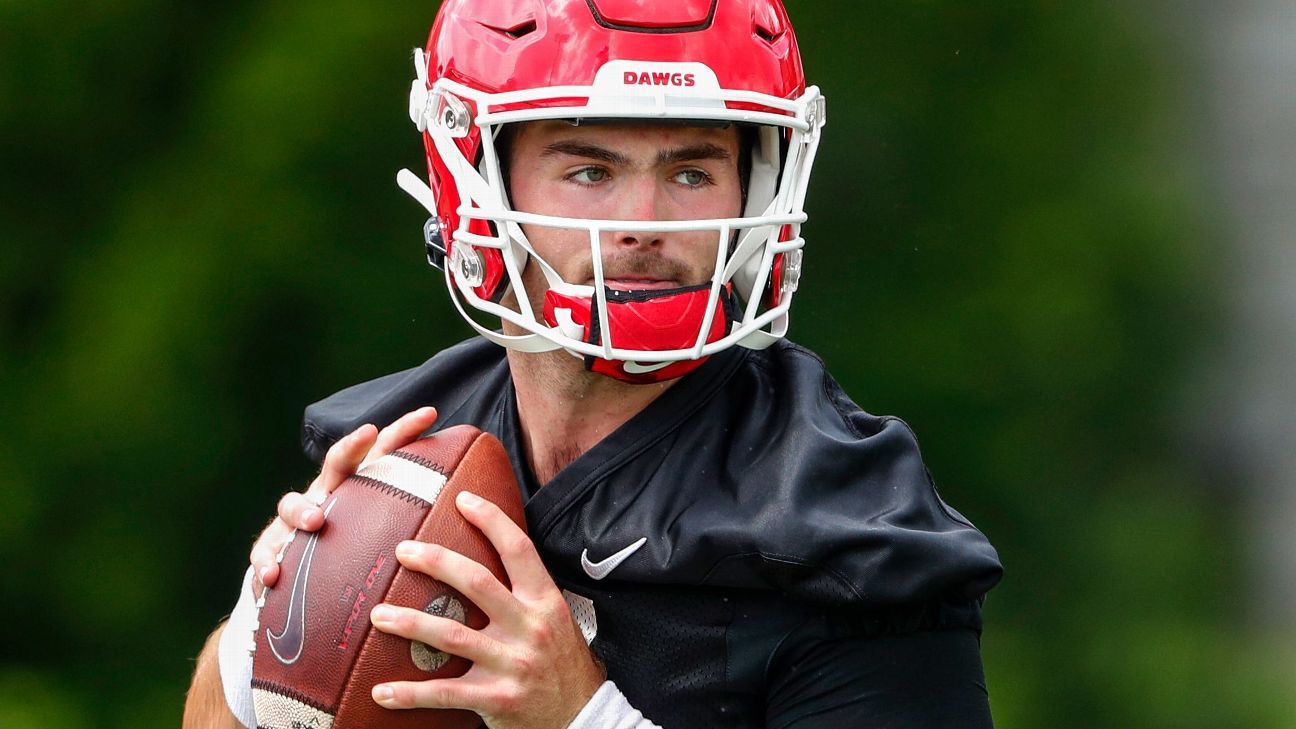 Buffalo Bills rookie quarterback Jake Fromm apologized Thursday after screenshots emerged of a text conversation in which he claimed only “elite white people” should be able to purchase guns.

The conversation, which took place in 2019 and was posted to Twitter early Thursday morning, involved Fromm and a friend discussing guns. Fromm wrote, “But no guns are good. They need to let me get suppressors” before adding, “Just make them very expensive so only elite white people can get them.”

Fromm went on to claim he was not an “elite white person” later in the conversation.

“I stand against racism 100%. I promise to commit myself to being part of the solution in this country.”

Fromm said he addressed his behavior with his teammates and coaches in a team meeting Thursday.

The Bills drafted Fromm in the fifth round out of Georgia in the 2020 NFL draft. 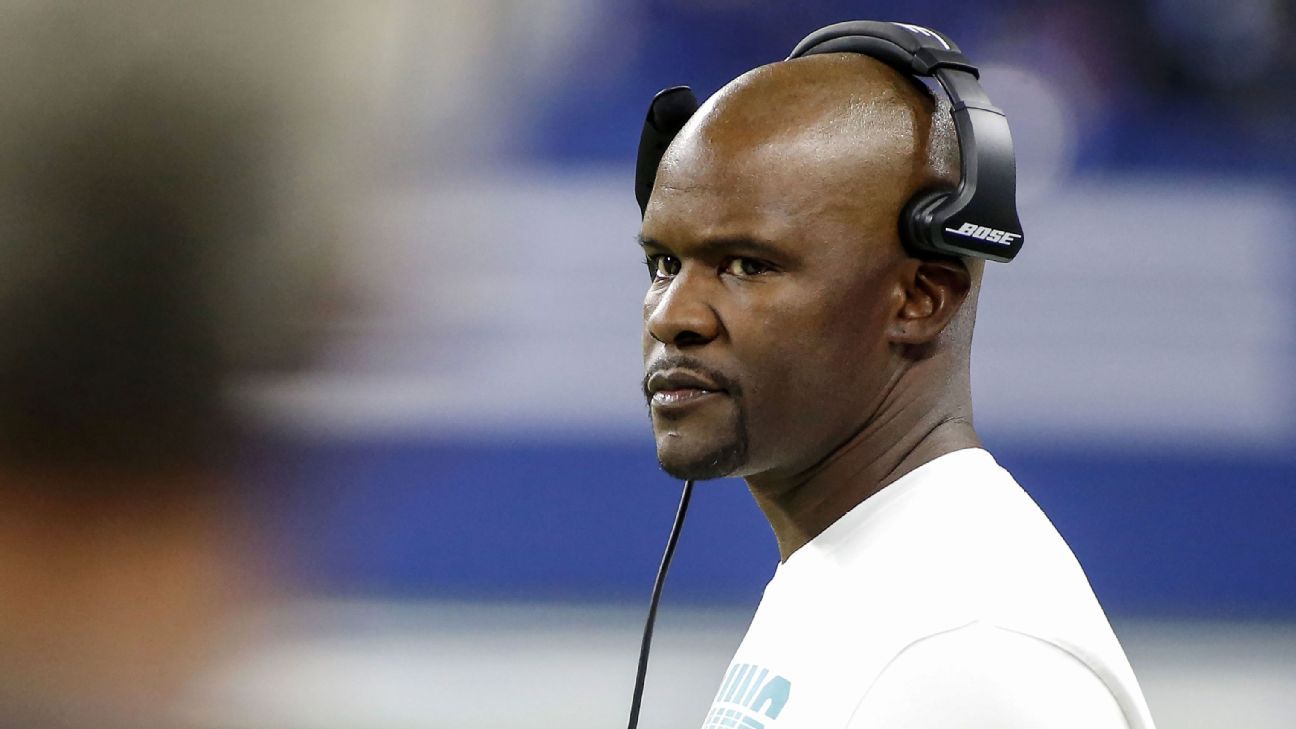 Miami Dolphins coach Brian Flores told his players they have the right to protest and show their emotions following the killing of George Floyd, and he urged them to be careful if they choose to be active in their cities.

Flores, during a video conference on Thursday, said he was “a good friend” with former University of Indiana football player Chris Beaty, who was shot and killed in Indianapolis on Saturday night.

Lance Bennett, who is Flores’ assistant and close friend, played football with Beaty at Indiana.

Flores said Beaty, who he remembered as being “full of life,” was protesting in Indianapolis. Indianapolis police could not confirm if the shooting was connected to the downtown demonstrations.

“He was an incredible human being. It’s sad,” Flores said. “It’s another tragedy that we’re dealing with. Hopefully we learn from it and again make the necessary changes so that these things don’t happen again.”

Beaty’s death was the first thing that came to Flores’ mind when he thought about his own players participating in protests.

“My No. 1 thing for guys is they have a right to protest. That’s important,” Flores said. “Everyone’s got a right to protest, but even more than that, it’s about being careful. I want my players to be careful. I’ve had a lot of conversations with players over the last few days. I support those guys. I understand the emotion, what they’re going through. But at the same time, I want them to be smart. I care about each one of these guys. I had a situation hit home pretty closely for me, so there’s some fear on my end, to be honest with you.”

Dolphins safety Kavon Frazier participated in a peaceful protest on Monday in Frisco, Texas. Other Dolphins players have been active on social media using their voice to plead for justice and change.

Proud of Frisco. Thousands of ppl came out today to protest. Safe, non-violent, and purposeful. They probably won’t show that in the media but I was proud to be apart of it. Let’s keep working towards change.

Flores has talked with his players about the wide range of emotions they are facing after Floyd, a black man, was killed in Minneapolis on May 25 after police officer Derek Chauvin, who is white, kept his knee pressed on the back of Floyd’s neck for more than eight minutes.

After speaking his own mind about the killings of Floyd, Breonna Taylor and Ahmaud Arbery, Flores presented the platform for his players to do the same — as long as they make sure to stay safe.

“We’ve had conversations just like everyone else had. But at the same time, these guys they’ve been working also. They’ve been working on football. That’s been a kind of a place to get away for a little bit. But, yeah, our hearts and minds are with the Floyd family and the Arbery family and Breonna Taylor. It seems like we have to share our condolences. These guys, they have my support. I know it’s an emotional time.” 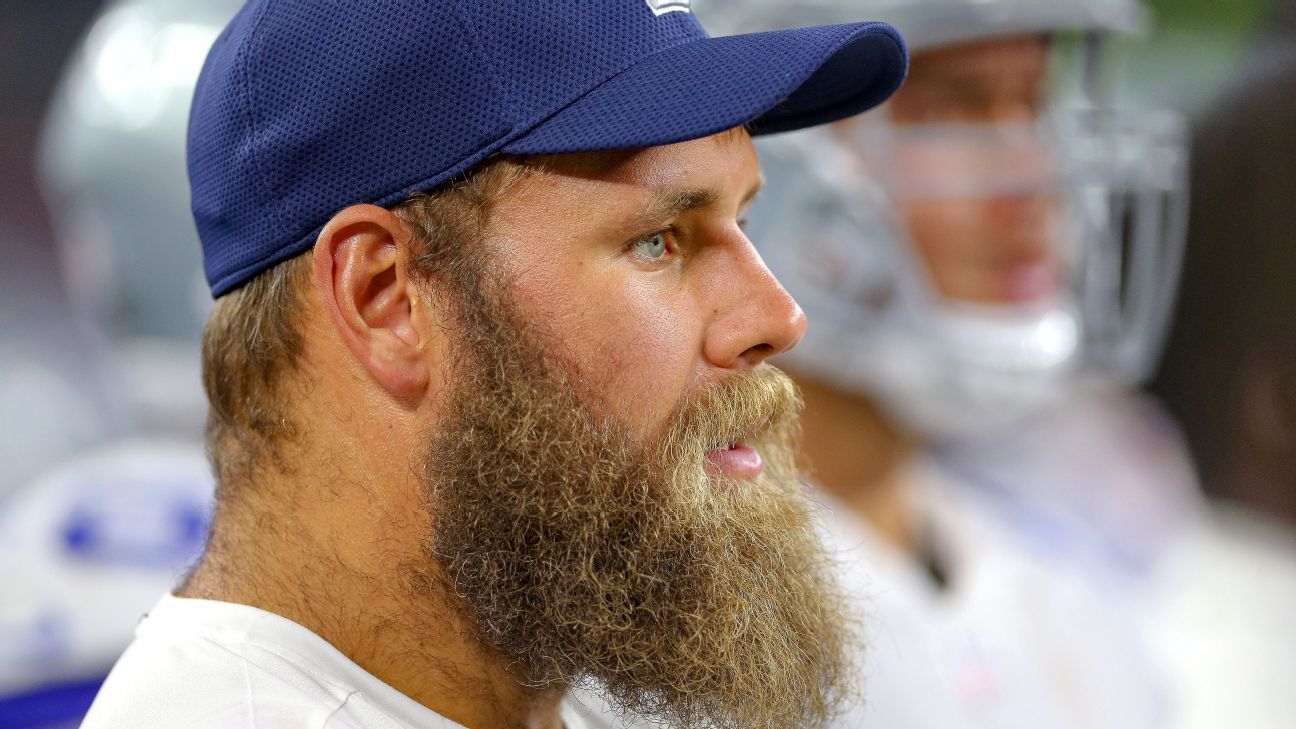 The Dallas Cowboys will place retired center Travis Frederick on the reserve/retired list on Thursday, freeing up $7 million in salary cap space.

Frederick announced his retirement in March, but the Cowboys opted to keep him on their active roster until now in order to be able to spread the salary-cap hit over the next two seasons. He was set to count $11.975 million against the cap in 2020 but will now count $4.975 million this year and $6.06 million in 2021.

According to ESPN Stats & Information, the Cowboys have a little more than $11 million in cap room, but they have not signed any of their draft picks.

The added space does not impact the negotiations involving quarterback Dak Prescott. He already counts $31.5 million against the cap even though he has yet to sign the exclusive franchise tag. If or when he signed a multi-year agreement, his 2020 cap number should decrease.

Frederick, 29, opted to retire despite starting every game last season and earning his fifth Pro Bowl appearance. He missed the 2018 season because of Guillain-Barre Syndrome, an auto-immune disease that affects the nervous system. The Cowboys are looking at Joe Looney, who replaced Frederick in 2018, Connor McGovern, Connor Williams and Tyler Biadasz, a fourth-round pick, as the starting center in 2020.

WhatsApp messages should not have led to Alex Hepburn rape conviction, Court of Appeal hears