The FFA Cup Round of 32 finishes Wednesday with a host of fantastic matches, but one stands out in exemplifying the true ‘magic of the cup’.

It would take a huge upset for the Knights to win against the A-League side, but if they go into the game with the right attitude they can challenge Adelaide.

But this game is about more than underdogs and heavyweights — it’s about the history and the future of our game.

Stream every game of The FFA Cup Round of 32 LIVE & Anytime on KAYO SPORTS. Get your 14 day free trial & start streaming instantly >

Melbourne Knights are ‘old soccer’. Giants of the NSL with a history going back to 1952 and strong roots in the Croatian community. A 15,000 capacity stadium and a dream of a national second division which, to me, is still quite a way off.

Adelaide and the A-League are ‘new football’. A new national competition meant the NSL’s death in 2004 and the Knights losing their national stage — a stage they will return to on Wednesday.

This is what the FFA Cup offers up. Games like these are what makes the Cup so special.

It’s why we broadcast it instead of all A-League clashes like Sydney FC vs Brisbane Roar or Perth Glory vs Western Sydney Wanderers (although all can be live streamed on foxsports.com.au or through Kayo).

It’s a chance to tie the grassroots and the potential second division to the new competition which is the Hyundai A-League, and the ‘new football’ it brought.

DARK HORSES: WHICH PL SIDES COULD BREAK THE TOP SIX

It also gives us a chance to look back on the history of these clubs. As for the Melbourne Knights and the Australian Croatian footballing community in general, their contribution to Australian football is immense and shouldn’t ever be forgotten.

To name all the Socceroos who came from Croatian clubs like the Melbourne Knights, Canberra Deakin, or Sydney United (just to name a few) would be almost impossible.

The Knights alone can lay claim to having produced dozens of international footballers, the biggest being former Australian captain Mark Viduka. Some ended up representing Croatia, like Josip Simunić.

Then there’s the silverware cabinet. Two-time national champions, three-time Victorian champions & a dominant period in the ‘90s where Knights Stadium was a fortress feared by every NSL team.

Teams like the Knights are an immensely important piece of Australian footballing culture and history.

That’s why we focus on this kind of game – because of the history of these NPL clubs and because of what it meant and certainly still means for the game in this country.

It was almost as if an embargo had been lifted at Arsenal overnight when current players spoke about what happened under former manager Unai Emery and how much better things are now, while the Spaniard himself landed his own blows.

Mesut Ozil, Alexandre Lacazette and Hector Bellerin all lifted the lid while on Arsenal’s warm-weather training camp as part of the Premier League’s new winter break, praising the change of atmosphere brought in by Mikel Arteta since his appointment in December.

“As a team, we are much happier and everyone wants to give everything for this club,” Ozil said in Dubai. “Especially tactically we improve a lot and I hope in the future we will be more successful.”

Lacazette, who is actually yet to score under Arteta, echoed his teammate’s views on the current plight of the club.

“We are more together now,” he said. “The way we think as well on the pitch and outside the pitch. Tactically we are better and we’re going to see a big improvement in the next few weeks.”

Bellerin, who has only recently come back into the first-team fold following a long-term injury, agreed there was a shift in the dynamic since Arteta returned to the club.

“It’s very early doors in time. [Mikel] has a new philosophy and the way he has implemented it in the last few games that we’ve played, there’s been a big change,” he told the club’s website.

“I think sometimes we need to be a bit more efficient in front of goal [but] that’s also something that comes with confidence, when you see that you’re playing better and controlling games better, the goals are something that’s going to come. I’m sure you’re going to see that very quickly.

“For us, the promise is that we’re trying to get better every single day. When a different coach comes, there are different things that you’re being asked to do.”

Meanwhile, Emery has simultaneously been defending himself and his record at Arsenal following his sacking in November – just six months after leading the club to the Europa League final.

“Arsenal was a club on a downward slope for two years before I arrived,” said the former Gunners boss.

“We stopped this fall and even began to rebuild the club with the Europa League final and 5th place in the league, only one point off of Tottenham despite the fact that we took just one point in our final five matches.”

He also took a swing at some of his former players, of which Ozil – a notable absence and elephant in the room during Emery’s time at the club – would surely be one of.

“We lost our four captains: Koscielny, Cech, Ramsey and Monreal,” he added. “They were personalities that we missed this season to stay on the right track. And some stars did not have a good attitude and asked for more than what they were giving back.

“Taking all of that into account, we needed time to succeed with our transition to a new Arsenal which is what I wanted.”

WHY IT’S TIME FOR MAN UTD TO CUT POGBA FREE. BUT THIS $193M TARGET STILL ISN’T THE ANSWER

UTD ‘ARE NOT WHERE THEY WANT TO BE’. THEIR CEO HAS MADE A BOLD TRANSFER VOW TO CHANGE THAT

The truth, it seems, is actually somewhere in the middle.

Many of the current stars lining up for Arsenal either played with or against Arteta and see him as a friend or colleague first, and a boss second. It’s the Pep Guardiola approach to players and it is sure to get them on your side.

But there is a feel-good factor at every club when a new manager comes it – just look at Paul Pogba’s delight at Manchester United replacing Jose Mourinho with Ole Gunnar Solskjaer. But 12 months on, his mood is a little different again.

The mood of Ozil will certainly have improved after being brought back from the shadows, and his turn will also have had a positive effect on the players around him. But, like with Pogba, that will be sure to change if results fail to improve.

As it stands, in his first seven Premier League games as manager, Arteta has only managed one win, five draws and one defeat – from a string of largely winnable games – with the club sitting 10th in the table.

By comparison, in Emery’s last seven games, he had a record of four draws, one win and two defeats.

The mood may not be as bad but the results certainly are.

As for Emery’s comments, the blame lies at his door just as much as that of the players he is so eager to shift it on.

Failing to win more than one point from a possible 15 to secure Champions League football is criminal, while bemoaning the lack of leadership in the dressing room would be a bit more credible had he not decided to perform a U-turn and rescind Aaron Ramsey’s contract offer and deplete the club of a player who had been there for 10 years and genuinely wanted to stay.

Instead he was left with the volatile Granit Xhaka to hand the armband to and Ozil reportedly causing unrest in the background.

As for his claims that he “stopped the two-year slump” Arsenal found themselves in, one glance at the league table after he left should tell you everything you need to know about that.

In reality, it will be what happens during Arteta’s reign which will truly point to who struggled to work with the other more.

But right now it is clear that while neither Emery nor the players can take full responsibility for Arsenal’s current plight, they must accept an equal share of it. 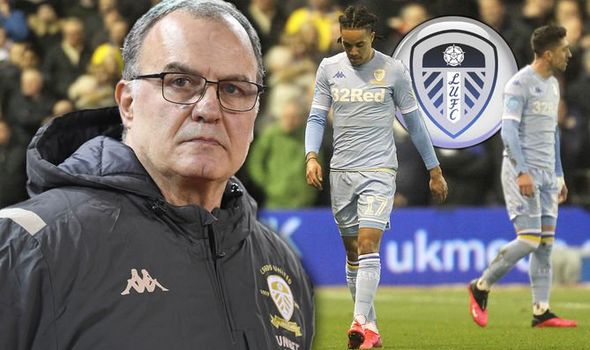 Leeds boss Marcelo Bielsa has explained his theory behind the Whites’ poor Championship form, ahead of their crucial promotion clash against play-off hopefuls Brentford. 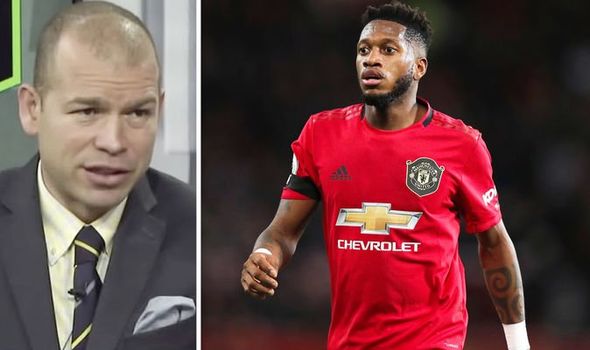 Fred has been critical of his Manchester United team-mates in recent weeks.

Love it or hate it? The proposal to shake up the MLB playoffs

Saints did nothing wrong in helping Archdiocese of New Orleans

Unhappy with deal, Quinton Dunbar asks Redskins to release or trade him