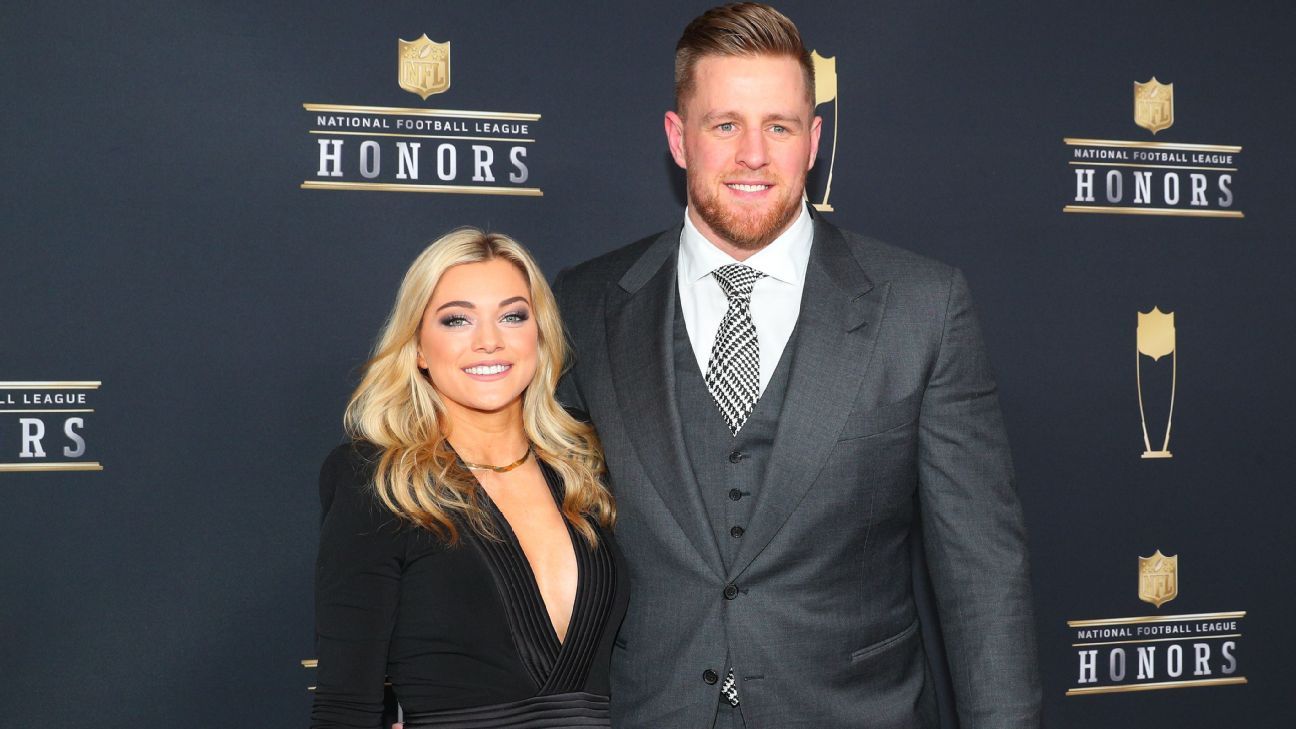 Watt, 30, posted photos of the proposal to his social media accounts.

The couple first confirmed they were dating in October 2016.

Ohai, 27, is the captain of the Houston Dash in the National Women’s Soccer League and has made three appearances for the United States women’s national team. 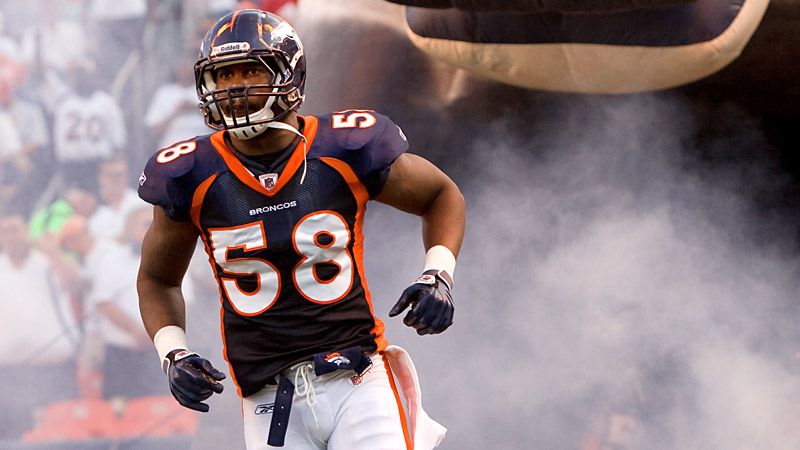 ENGLEWOOD, Colo. — In almost every way, this offseason has been unlike any other for almost every player on the Denver Broncos‘ roster.

The coronavirus pandemic has impacted every part of the Broncos’ offseason, even as the team tries to implement a plan for training camp in the weeks to come. Other than workouts quarterback Drew Lock organized with a small group of teammates, the Broncos’ offseason was largely a virtual-only affair. Only the team’s recovering injured players spent any time at the team complex.

“And that part, it’s kind of like my rookie year, a lot like that year,” is how linebacker Von Miller put it in recent weeks. ” … Coming in for camp, getting on the field for the first time, it will be something like that year this year.”

Beyond the health protocols that will be in place whenever the Broncos’ players and coaches return to work, when it comes to practices, ramping up their conditioning and working through the playbook, the 2011 training camp may provide at least some direction.

That year a lockout by the NFL’s team owners washed out the offseason programs around the league. The two sides didn’t hammer out a new collective bargaining agreement until July 25th that summer and training camps opened only after the 132-day lockout ended.

“But we won’t be behind any more than anyone else is,” Broncos coach Vic Fangio said. “It’d be different if half the teams were shut down and half weren’t and luckily me and a bunch of the other coaches have had experience with the lockout in 2011. From a football standpoint, it’s very similar to that. … It so happens that in 2011 I was with the Niners then and we were a totally new staff where everything was new. We hadn’t even met our players and we didn’t meet our players until training camp started, and we did fine that year. I don’t see it as a big issue.”

Fangio was Jim Harbaugh’s defensive coordinator in the 2011 season as Harbaugh, in his first year in that job, led the team to a 13-3 finish as the 49ers advanced to the NFC Championship Game to close out that season.

Only three Broncos were in the league that season — Miller, safety Kareem Jackson and defensive tackle Jurrell Casey — and only Miller was with the Broncos at the time. Miller and Casey were rookies while Jackson was entering his second season.

The Broncos also had a new coaching staff that season as John Fox had been hired in January of that year.

“We didn’t even meet the guys, really, until they came in after the CBA got signed — it was like a three-day sprint between the CBA was done and we opened camp, like hey let me introduce everybody, see you at practice in 20 minutes,” Fox said. “At that point, right in the beginning, your biggest thing is kind of conditioning and seeing where all of the guys are at in that regard — you didn’t want to practice and have a bunch of guys go down because you didn’t ramp it up the right way. Installing things, you just deal with timetable you have, but guys did have to cram for the test a little bit.”

In terms of football, the Broncos’ virtual meetings have put this year’s rookie class ahead of where Miller and the rest of the Broncos’ rookies were at this point in 2011. This year’s Broncos spent weeks in daily online meetings with coaches and teammates, with their position groups.

“What I can tell you is we have everybody where they’ll have all the tools they’ll need when they hit the field,” Broncos defensive coordinator Ed Donatell said. “We can’t tell you how it will be physically. We’ve just created ways to use film and create interaction, have them talking to each other. It’s a very big plus.”

“I feel like we’ll all have a good handle on what we’re doing when we get on the field,” linebacker Bradley Chubb said. “If I was a rookie right now, I think I’d feel like, after our virtual meetings and all that, I understood the basics of what we’re doing. I don’t think it will take too long for everybody to get in the flow on the field. It might be a little different if we didn’t have those meetings. I’ve talked to Von about [2011], I think that would have been tough as a rookie, just to jump in during camp and try to get it.”

Because of the health and safety protocols that are expected to be place when teams get the green light to open training camp, which will limit how the players meet and gather in the facility, there will be plenty to deal with unlike any other of their years in football.

“And practices might be different, how we do it, we’ll see,” Miller said. “But coming in without any practices, OTAs or anything like that, I’ve done that. At least I know what that looks like and the older guys like me will just help the younger guys. That’s how it has to be.”

Broncos to add Mike Shanahan to Ring of Honor in ’21 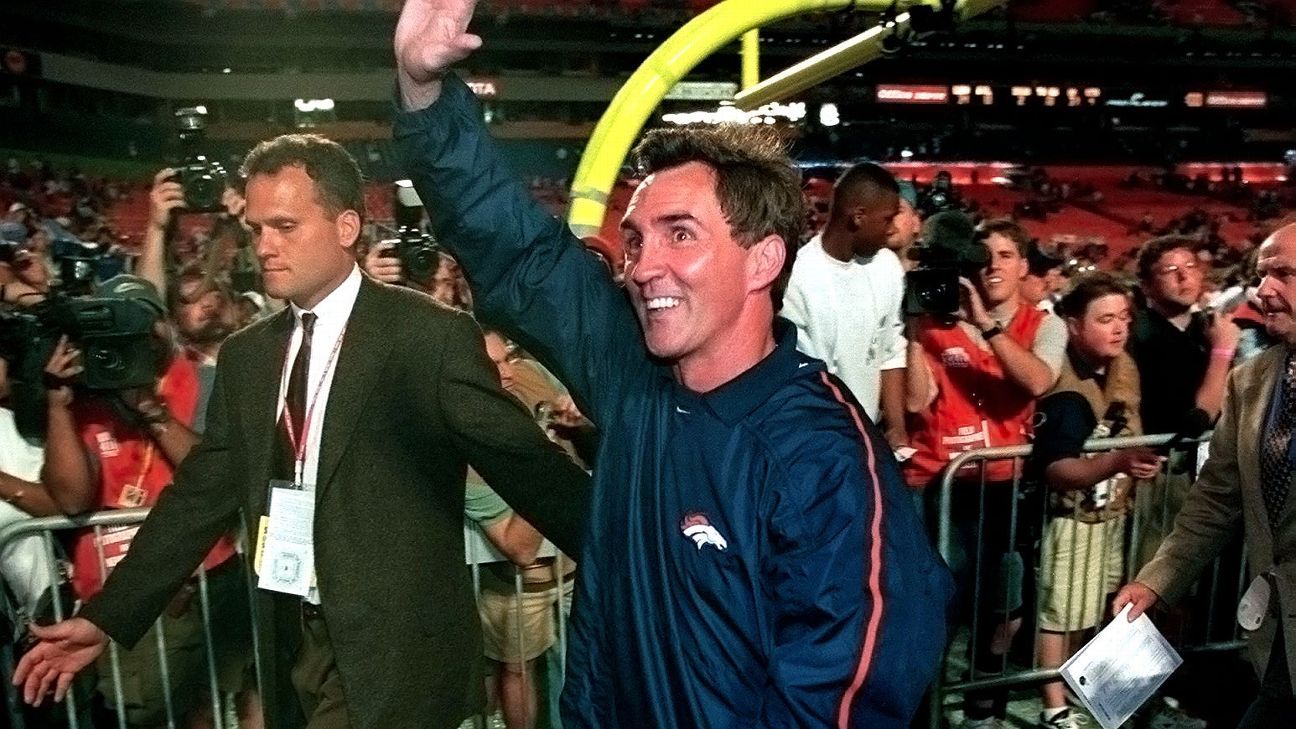 The Denver Broncos have selected former head coach Mike Shanahan for their Ring of Honor, the team announced on Tuesday. Shanahan will be the franchise’s 34th Ring of Famer.

The ceremony is expected to be held next year due to the ongoing coronavirus pandemic.

Shanahan spent 14 seasons as head coach of the Broncos, leading the team to back-to-back Super Bowl titles during the 1997 and 1998 seasons and finishing as the winningest coach in franchise history with 146 total wins. He also spent seven seasons as an assistant with Denver.

“Mike Shanahan is the greatest coach in Denver Broncos history and among the winningest coaches of all-time,” President and CEO Joe Ellis said in a team statement. “He brought an unmatched standard and intensity as head coach, leading this franchise to its first two Super Bowl wins and building the Broncos into perennial contenders. We are thrilled that Mike has now been elected to the Broncos’ Ring of Fame.”

Before coaching the Broncos, Shanahan coached the Los Angeles Raiders in 1988 and for four games of the 1989 season before being fired. He then spent 14 seasons with Broncos followed by four seasons with the Washington Redskins finishing with a career coaching record of 178-144.

Shanahan also captured a Super Bowl title as the offensive coordinator for the San Francisco 49ers during the 1994 season.

Browns DE Vernon restructures contract, will get $11 million guaranteed in 2020 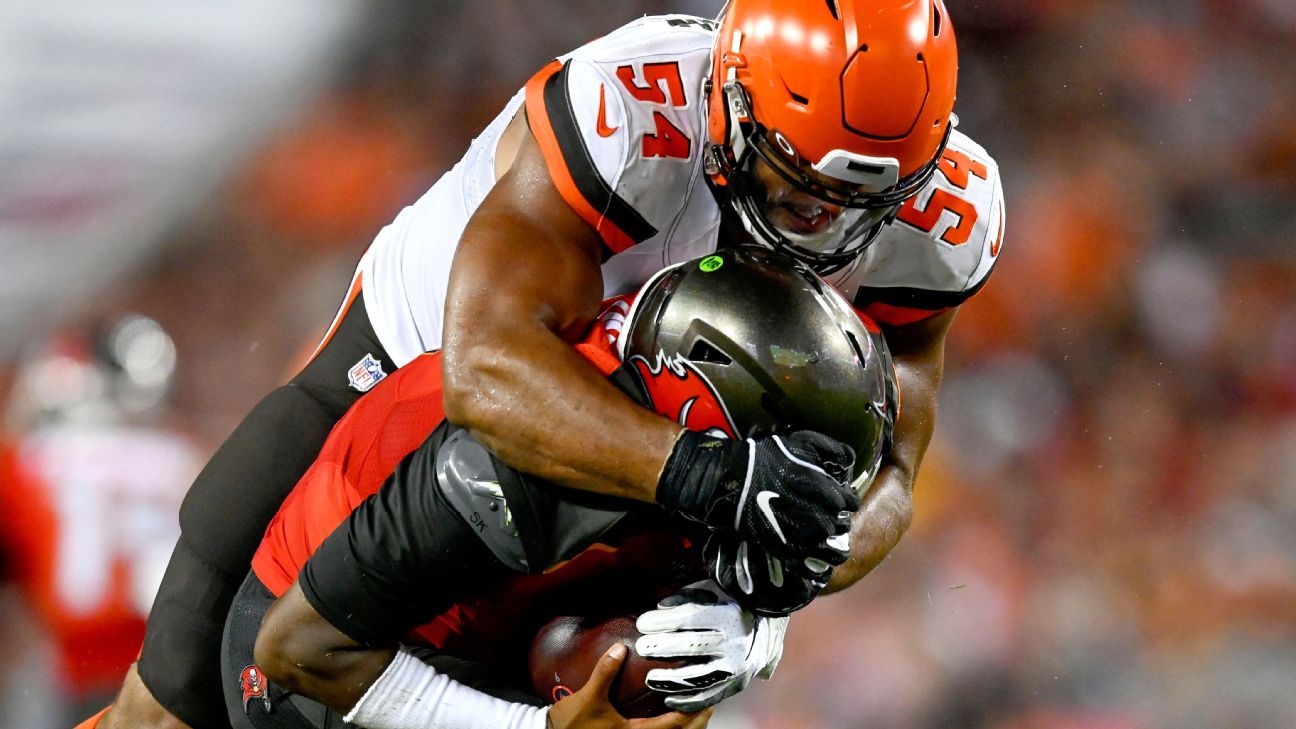 The Cleveland Browns have restructured Olivier Vernon‘s contract, ensuring the defensive end will be with the team this season.

Vernon, who was due to make $15.25 million (non-guaranteed) in 2020, agreed to a restructured deal that will pay him $11 million guaranteed this season, a source told ESPN’s Field Yates. That total comes from a $7 million signing bonus, $3.75 million base salary and a $250,000 workout bonus. Vernon can earn an additional $2 million through incentives, the source said.

Browns general manager Andrew Berry had said after the NFL draft that Vernon was in the team’s plans.

The 29-year-old Vernon, who is in the final year of a contract he signed with the New York Giants in 2016, had 3.5 sacks last season for the Browns, who acquired him in the trade that sent Odell Beckham Jr. to Cleveland last offseason. A knee injury limited him to 10 games.

Amid excitement over cricket’s return, there are debts to be repaid