Arsenal stars Pierre-Emerick Aubameyang, Mesut Ozil and Laurent Koscielny could be sold this summer if they don’t sign new contracts.

The Gunners could lose up to nine players on a free if they don’t sell them or hurry up with a fresh contract offer.

Stream over 50 sports live & anytime on your TV or favourite device with KAYO SPORTS. The biggest Aussie sports and the best from overseas. Just $25/month. No lock-in contract. Get your 14 day free trial >

Arsenal failed to tie the Welsh star down to an improved contract and ultimately allowed him to join Juventus for absolutely nothing.

Venkatesham has now claimed the club will never get themselves into that situation again.

He said that those whose deals expire in 2021 or sooner will be sold unless they commit their future to the club.

He said: “When we are selling players we need to maximise the funds we get to reinvest in the team.

“We need to be really disciplined when we are dealing with senior players who are not towards the end of their careers.

“So that means we have to start making the difficult decisions when they have two years left on the contracts.

“We’re either going to renew those contracts or we’re going to be selling them. We’re going to have to be brave in those decisions.

“We can’t be in a situation where we’re allowing players to walk out of the door for free unless they are coming towards the end of their careers.”

Among the high-profile names that could be sold is captain Koscielny, who is out of contract in the summer of 2020.

If no new deal is agreed before January rival clubs can launch precontract offers this coming January.

In the summer of 2021, star striker Aubameyang – who scored 22 Premier League goals this season, will see his contract expire.

Mesut Ozil, the club’s best paid player, is in the same situation as are Sokratis Papastathopoulos, Shkodran Mustafi and Henrikh Mkhitaryan.

This summer already promised to be a hectic one for the Gunners, even before their new policy.

SIMON HILL: ‘Fork in the road’ that will make or break A-League

Danny Welbeck will leave this summer, it was announced, while Petr Cech is retiring – that much is certain.

However, Stephan Lichtsteiner, Nacho Monreal and Carl Jenkinson are all also out of contract at the end of June.

Lichtsteiner is expected to leave, while the futures of Monreal and Jenkinson – tipped to be part of a mass exodus this summer – are still uncertain. 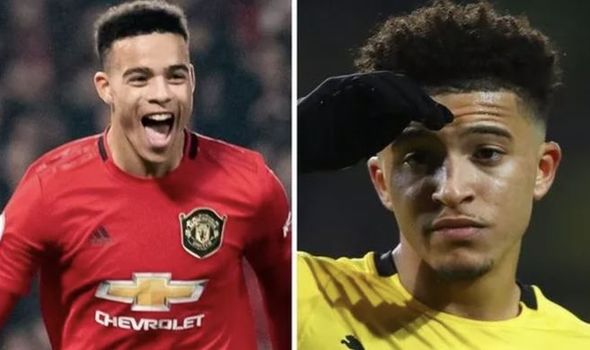 The £80 million ($A145m) defender was nutmegged by Junior Stanislas in the lead-up to the opening goal, before being saved by his attackers in a dominant 5-2 win.

But the former Dutch international has blasted the England centre-back, saying he makes a mockery of United for paying him so highly.

CHAMPIONSHIP: Leeds close in on PL promotion after 5-0 thumping

Van der Vaart told Dutch TV channel Ziggo: “I think Maguire goes home every day and tells his wife: ‘I’m s**t at football, but I earn so much. They really believe I’m good.’

“I really think so, he laughs at everyone.”

It’s not the first time the Dutchman has laid into Maguire. After the English defender played the full game in a 1-1 draw with Liverpool in October, Van der Vaart slammed the United star.

“If I am going to play with the amateurs on Sunday afternoon, I can easily find three who can do this (what Maguire does on the pitch). I mean that seriously. A bit silly to say, but I really think so.”

After the Bournemouth game, United coach Ole Gunnar Solskjaer was filmed embracing and chatting to Cherries’ centre-back Nathan Ake, who has enjoyed a stellar season.

Some fans interpreted footage of Solskjaer speaking to the defender as the coach saying “we need a left-footed centre-back, so keep going.”

Man U put 5 past Bournemouth

Van der Vaart responded to that speculative lip-reading by saying: “That is nice if there is no crowd and no music after the game. Then you hear things like this. A transfer? I hope for him, I think he’s doing very well. Why not?”

But Solskjaer downplayed the rumours he would move for the Dutch international.

United – and Maguire – turned around their defensive woes with a clean sheet on Friday morning as they saw off a poor Aston Villa 3-0. 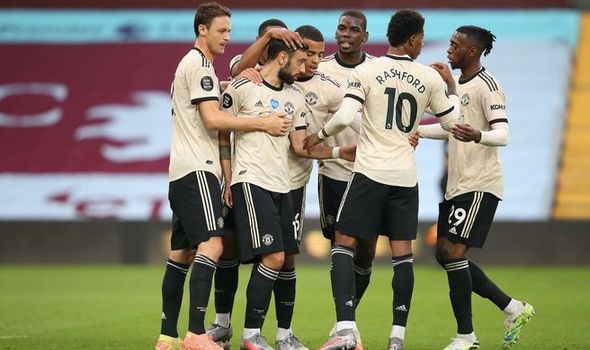 Man Utd player ratings vs Aston Villa: Express Sport were on hand to rate United’s players after their 3-0 win over Aston Villa.

First teams take the court for practice in NBA bubble

Phillies All-Star catcher J.T. Realmuto ‘not too worried’ about next contract